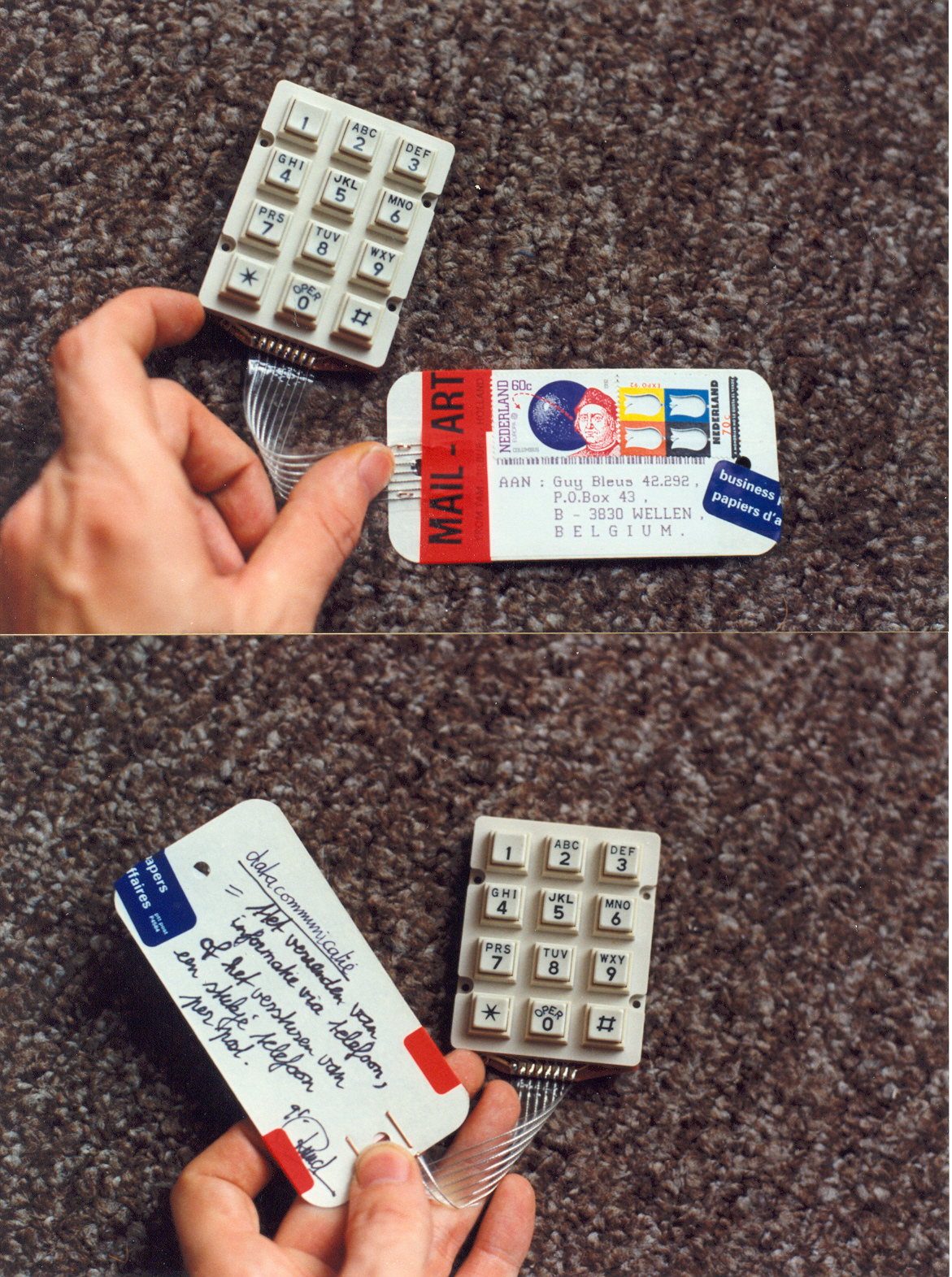 “Het verzenden van informatie via telefoon, of het versturen van een stukje telefoon per post” is written on the card attached to a piece of telephone.  I sent the object to Guy Bleus in 1992 for his collection. In those years the digital communication was already taking place. I had the digital TAM-Bulletin online, and some communication-lines went via the phone-lines to the first Internetconnections. Mind you, the WWW concept was to start a year later in 1993, so it was all just happening.